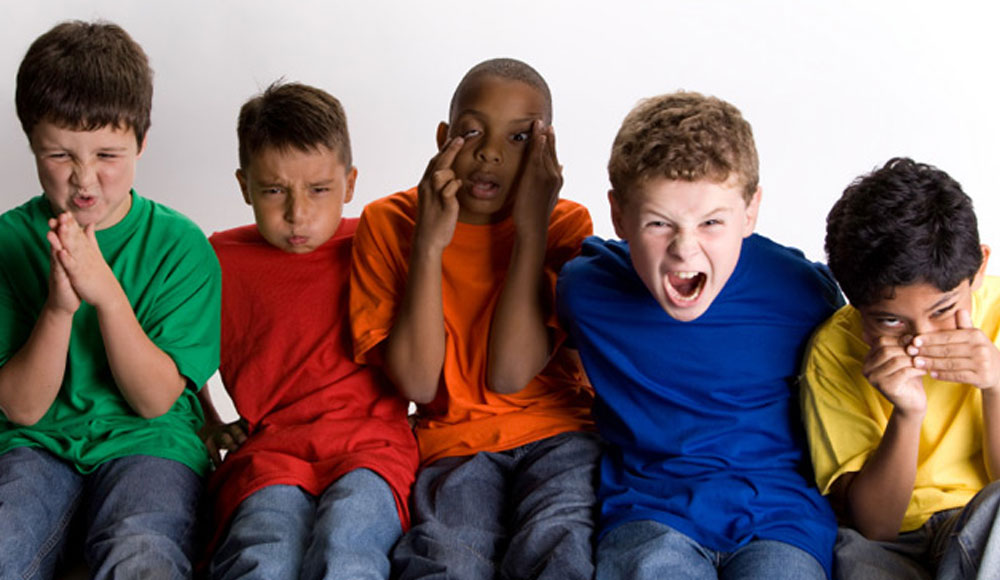 Dr Joshua Straub is a guy I love listening to, he’s always got such good advice and practical things to go with it. Here is an article from him that I really enjoyed reading. Don’t all parents battle with discipline at some time or another….or is it just me?


“Sit up to the table in your chair, Landon. It’s time for dinner,” I said cheerfully.

Not a millisecond later came that boisterous and very powerful word from our defiant two-year-old, “No!”

What happened to the sweet innocent boy I used to rock to sleep? Our compliant little (I mean, big) eater who always responded enthusiastically when food was put in front of him? For crying out loud, this is a boy whose favorite food at nine months was spinach and feta frittata.

Now I’m wondering who this kid is. And why he’s calling me “Dad.”

I’m not sure of your bent, but I tend to err on the side of permissiveness to make life a bit easier in moments like these. Because sometimes our angry reaction to our children is worse than allowing them to behave the way they are.

However, permissiveness cannot be our default mode, lest we raise children who have little understanding of life’s consequences.

This is why Landon’s defiance and how we remain consistent in disciplining him is the dominating topic of Christi’s and my conversation right now.

This past weekend I was feeling the weight of it.

Hoping to enjoy playtime together on Saturday, I spent the entire morning “guiding” him—mostly to the corner. He wouldn’t listen to anything I asked.

Me: “Okay, time for a diaper change.”

Me: “Give Kennedy her toy back.”

By the time I got him down for a nap, I felt relieved he was finally in bed and disappointed with how our morning went.

Sitting down for a quick break, I stumbled upon a parenting article I’d read many times, only this time a phrase jumped out at me I hadn’t remembered before—a sentence that freed me the rest of the afternoon.

Discipline rescues children from the ‘tyranny of their own desires.’

I don’t know about you, but to me, that’s an eye-opener. I write and speak a lot about the culture we’re raising our kids in, a culture that values feeling better over loving better. Kids today caught up more in loving #selfies than loving others.

Giving into our child’s desires as our default mode to keep them happy or compliant keeps them enslaved to the “tyranny of their own desires.” To put it bluntly, such kids are most likely to become selfish, entitled brats at best, full blown addicts at worst.

Later Saturday afternoon, Christi and I took both of the kids for a walk in their 21st century Red Rider wagon. As we talked about the morning, we reframed the importance of rough mornings like we had earlier that day. I put them here into three ways of thinking about discipline that makes it a bit easier on all of us.

1. Our kids’ “no” is a healthy move toward interdependence.

Children are trying to find their identity independently from their parents even as early as two years of age. This is a good thing. Otherwise we’d raise compliant robots who never develop an identity of their own. So the next time your toddler or preschooler says “no,” celebrate that she’s becoming her own little person with her own big thoughts and ideas about the world. Then count to ten, slowly.

This word “no” is also a gem because our children begin to learn that not only are they using it to set boundaries, so are others. There’s no better time to teach kids how to set boundaries and learn empathy than from the time they start saying “no.” There’s also no better place to learn how to interact with others’ boundaries than in the safety of their own home with you guiding them.

Besides, saying “no” as an adult is one of the healthiest words to determine our relational, emotional, and occupational success.

2. Kids who learn to willfully choose the right behaviors (rather than always being forced into them or allowed out of them) develop self-control.

Children are not born into the world distinguishing between right from wrong and what is good or bad for them. Because of that, they will misbehave—a lot. They will likely prefer ice cream over broccoli, jumping on the couch to sitting still, and coloring on the walls to the coloring book.

Here’s the good news: This only takes about 20 years.

Just the other night Christi was getting ready to take Landon to the park where I was playing softball in a local church league. Thinking it would be fun for the whole family, she really wanted to go too. However, because of Landon’s misbehavior, getting out the door was a fiasco.

Christi knew by taking Landon to the park she would be giving into him. So she stayed home with him explaining that it was because of his choice to not “stop and listen” that they were not going to the park.

When I got him out of bed the next morning his first words to me were, “Mommy sad. Landon sad. No park.”

Though Christi paid the price that night, it was a parenting win.

3. Discipline is not a short-term technique; it’s a long-term posture

Raising kids who live, love, and lead well is teaching our children to choose between right and wrong actions and to choose friends, foods, and behaviors that are good for them, not bad. But doing so doesn’t happen overnight.

Expecting our kids to make good decisions at such young ages can cause a lot of frustration—until we realize what a privilege it is to be our child’s primary teacher (discipline means “to train”) for the first 18+ years of their lives. Lowering these expectations a bit is helpful because doing so allows us to celebrate the odd moments they make great decisions on their own.

And that’s what we want to reinforce.

If we get caught up in, disappointed about, and beating ourselves up over the “wasted” Saturday mornings, we’ll miss the big picture—that what we’re really trying to do with the years our children live under our roof is to “rescue them from the tyranny of their own desires.”

Besides, as adults, isn’t that what our Heavenly Father is trying to do with us when he says “no?”

Joshua Straub, Ph.D. is a voice to empower parents and marriages to live, love, and lead well. He is the author of the upcoming release Safe House: How Emotional Safety is the Key to Raising Kids Who Live, Love, and Lead Well (October 2015, Waterbrook Multnomah), and along with his wife Christi, is coauthor and producer of the video series and workbook, The Screen-Balanced Family: Six Secrets to a More Connected Family in the 21st Century. He wakes up each day striving to love others better, starting with his wife Christi and their two children, Landon and Kennedy.

For more encouragement and ideas on marriage and parenting in the 21st century you can join Josh and a growing tribe of awesome families at www.joshuastraub.com and follow him on Twitter @joshuastraub or Facebook.